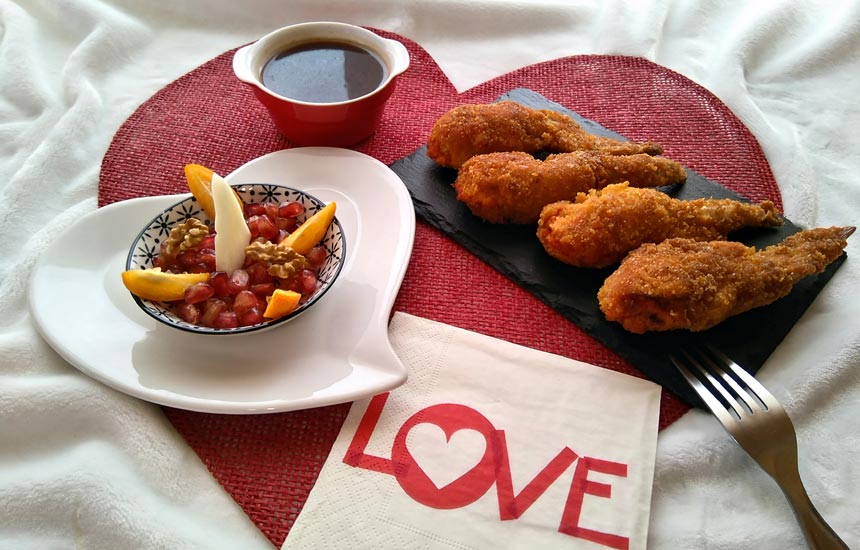 We will show you how to prepare these Nutrave chicken wings “made with love”, ideal for Valentine’s day.

For the sweet and sour sauce:

For the sauce,  mix all the ingredients with a blender and boil until it thickens. Leave to cool and set aside in a covered container.

Reshape the wings. Place the ham, the gherkins and the piquillo pepper into a mincer. Blend until obtaining a smooth mixture, without any large pieces.

First place the mozzarella on the wings and then, using a teaspoon, the same amount of filling, being careful not to fill them too much, so that the filling does not escape when frying.

Coat first in the flour, shaking well to remove any excess, then in the egg and finally in the fried corn.

Fry the wings in abundant oil until browned. Place them on absorbent paper to remove excess oil and serve hot with the sweet and sour sauce and the salad.