Nutrave, with Pepe Rodríguez and Mensajeros de la Paz, presents its new initiative, “With Nutrave, We All Win” 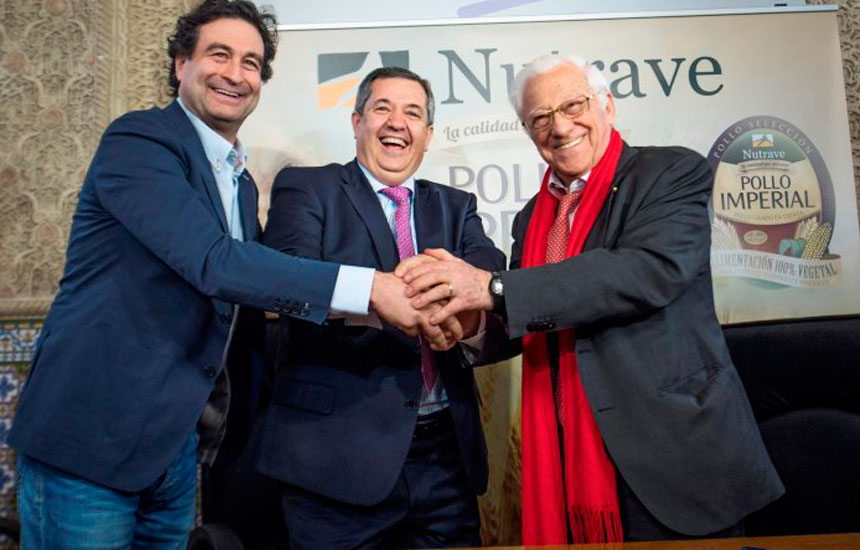 Nutrave, a poultry company with its head office in Toledo, is now launching its annual digital initiative open to anyone who wishes to participate: “With Nutrave, We All Win”.

This new campaign, which will be used to publicise Nutrave’s Imperial Chicken range, will see us working with Pepe Rodríguez and Mensajeros de la Paz, the NGO of Padre Ángel.

The famous chef, who has a Michelin star, will be the image of this initiative, preparing recipes with Imperial Chicken as the main ingredient and inviting users to answer some simple questions about the recipe.

To answer these questions, users will have to access nutrave.es/en/con-nutrave-ganamos-todos, watch the video of the recipe and fill in the form with their answers. From among all the participants who answer correctly, Nutrave will give away boxes of chicken products from the Imperial range and a meal for two at El Bohío, Pepe Rodríguez’s restaurant.

For each participant, Nutrave will also make a financial donation to Mensajeros de la Paz, the NGO of Padre Ángel with which Nutrave has been collaborating for many years.

The initiative will last for four months and the winners will be announced through the company’s social media: Facebook, Twitter and Instagram, where it has a community of over 22,000 users and with the collaboration of different bloggers and influencers.