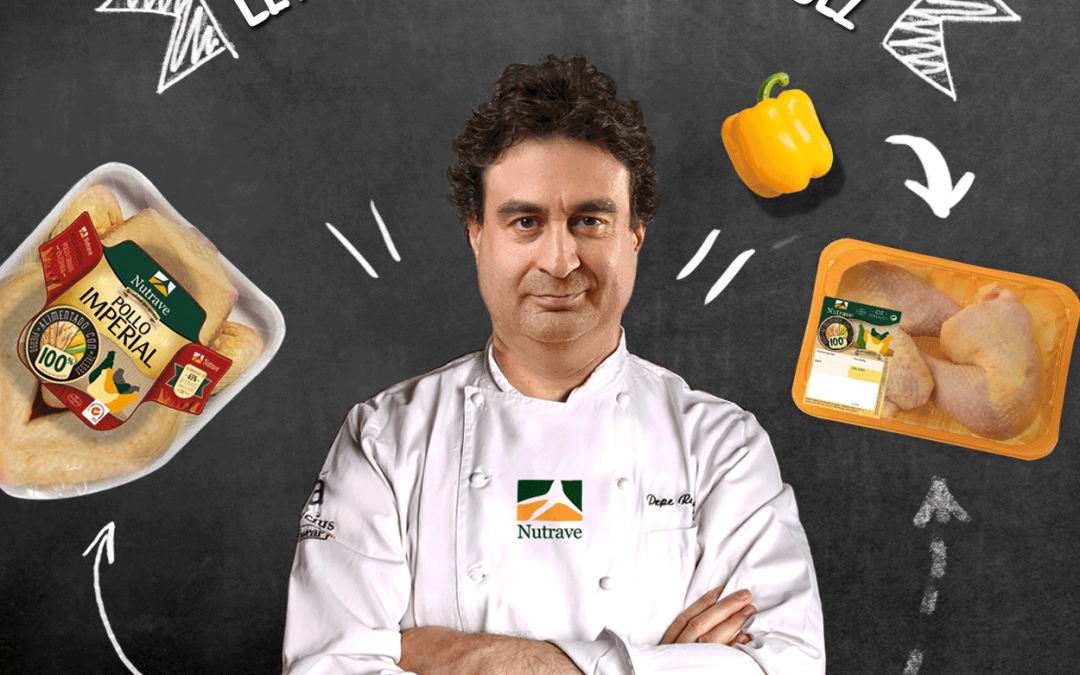 Nutrave, a poultry company based in Toledo, has carried out a special consumers initiative across its digital platforms over the last year and a half in order to publicise the brand and showcase the quality of its products.

During this time, through the website www.elretodepeperodriguez.es, Nutrave has offered visitors a recipe created by the popular chef Pepe Rodríguez, using chicken as the main ingredient. Users had to upload their recipes, also using chicken, to surprise the chef and the jury for the competition.

The jury chose a winner from among the recipes received and the winner won a meal at the restaurant El Bohío, which has a Michelin star, and a special box of Nutrave products. The following five recipes in order of quality and presentation also received a fantastic box full of chicken products.

Thanks to this initiative, Nutrave has managed to build a community of more than 20,000 people on its social media, making the company the leading poultry brand nationwide on the different platforms. It has also organised 15 meals at El Bohío and has given out 75 product boxes, bringing its quality to households across Spain thanks to the more than 300 recipes received.

Finally, remember that all the winning recipes will be available at recetas.elretodepeperodriguez.es and the company will continue to carry out special initiatives on Nutrave’s channels with the support of Pepe Rodríguez.